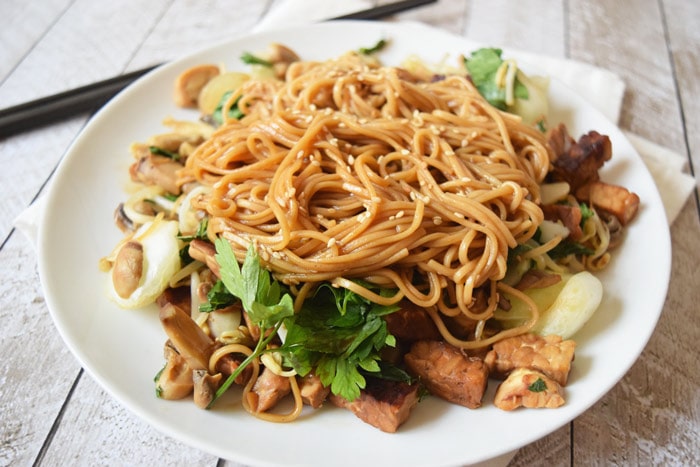 Today I have a very simple vegan recipe for you. For those days that you come home from work tired, don’t feel like cooking, but want to eat something healthy anyway.

Sesame tempeh soba noodles are perfect for that! The only preparation you have to do is putting the tempeh in a marinade the night before. The next day your dinner will be on the table in 20 minutes!

A simple vegan recipe: sesame tempeh soba noodles. You can prepare this recipe in 20 minutes and it is low FODMAP and lactose-free. With gluten-free option

For the sesame tempeh soba noodles

Will you let me know if you have made this recipe? I would love it if you would let me know what you think about the recipe by leaving a comment and a rating below. You can also share your creations with me by tagging me on Instagram @karlijnskitchen or by using the hashtag #karlijnskitchen.