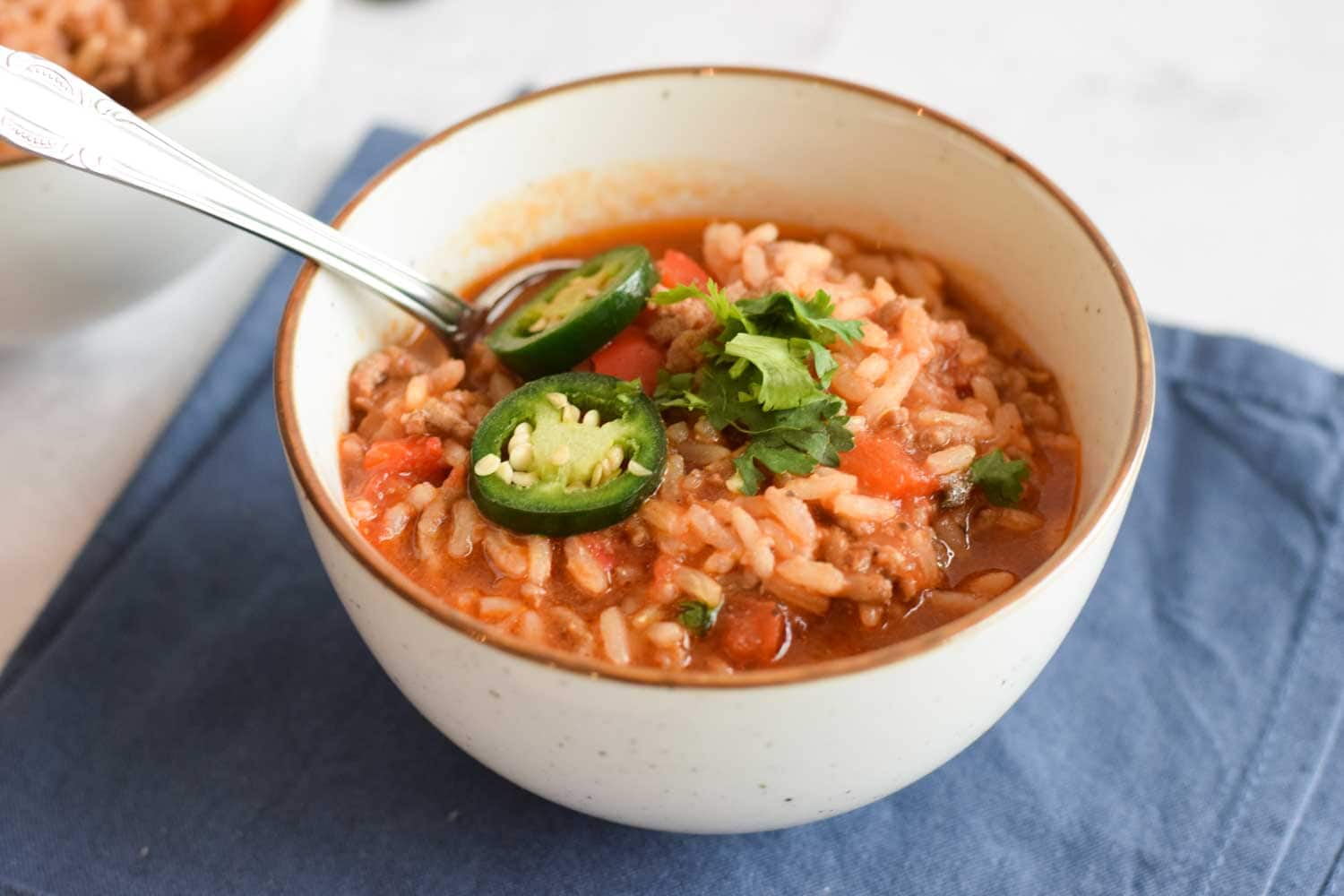 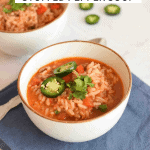 Ingredients that you usually put in a stuffed pepper, such as rice, minced meat, canned tomatoes and of course bell pepper, but then in a soup. I thought it was a really nice idea. It takes a little less time to make than stuffed peppers, but it tastes just as good.

I thought, I want to eat this too, so I created a low FODMAP stuffed pepper soup. A delicious filling soup that can be eaten as a proper meal. And it is ready in just a little more than half an hour. 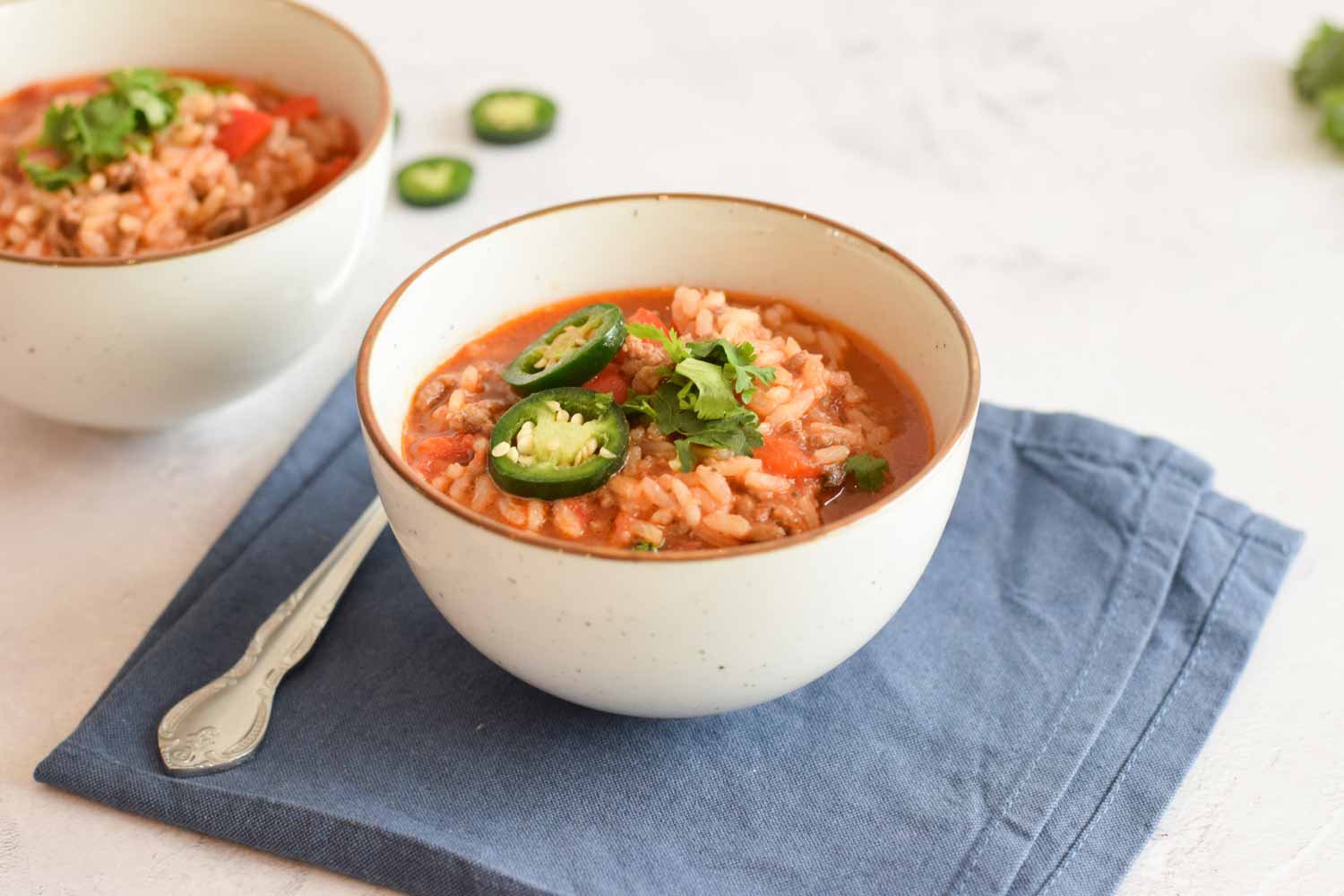 The ingredients of this stuffed pepper soup

The ingredients of this soup are simple:

Will you let me know if you have made my low FODMAP stuffed pepper soup? I would love it if you would let me know what you think about the recipe by leaving a comment and a rating below. You can also share your creations with me by tagging me on Instagram @karlijnskitchen or by using the hashtag #karlijnskitchen. 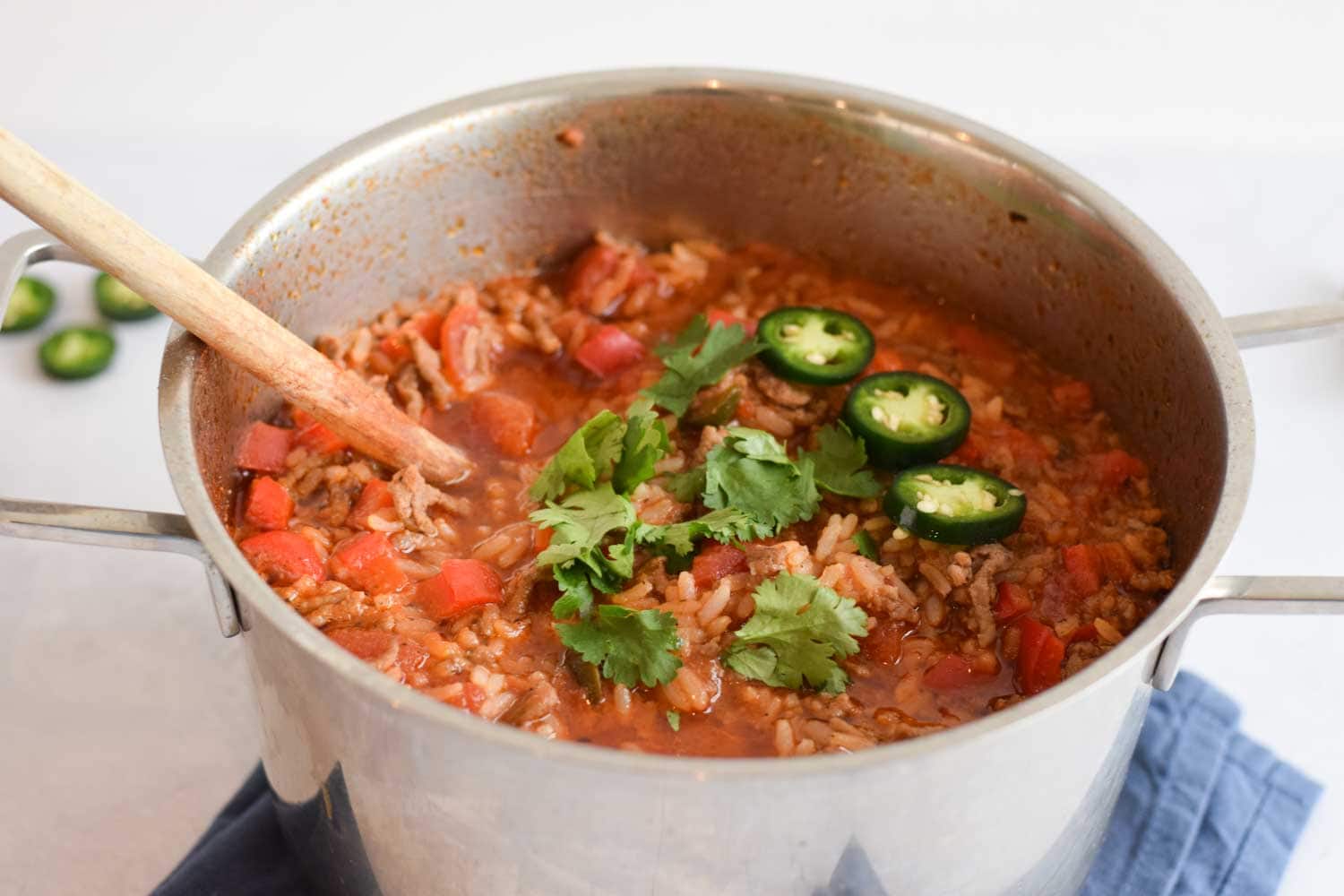 Low FODMAP stuffed pepper soup: all ingredients for stuffed peppers, but then in a soup. A filling meal soup! Gluten-free and lactose-free. 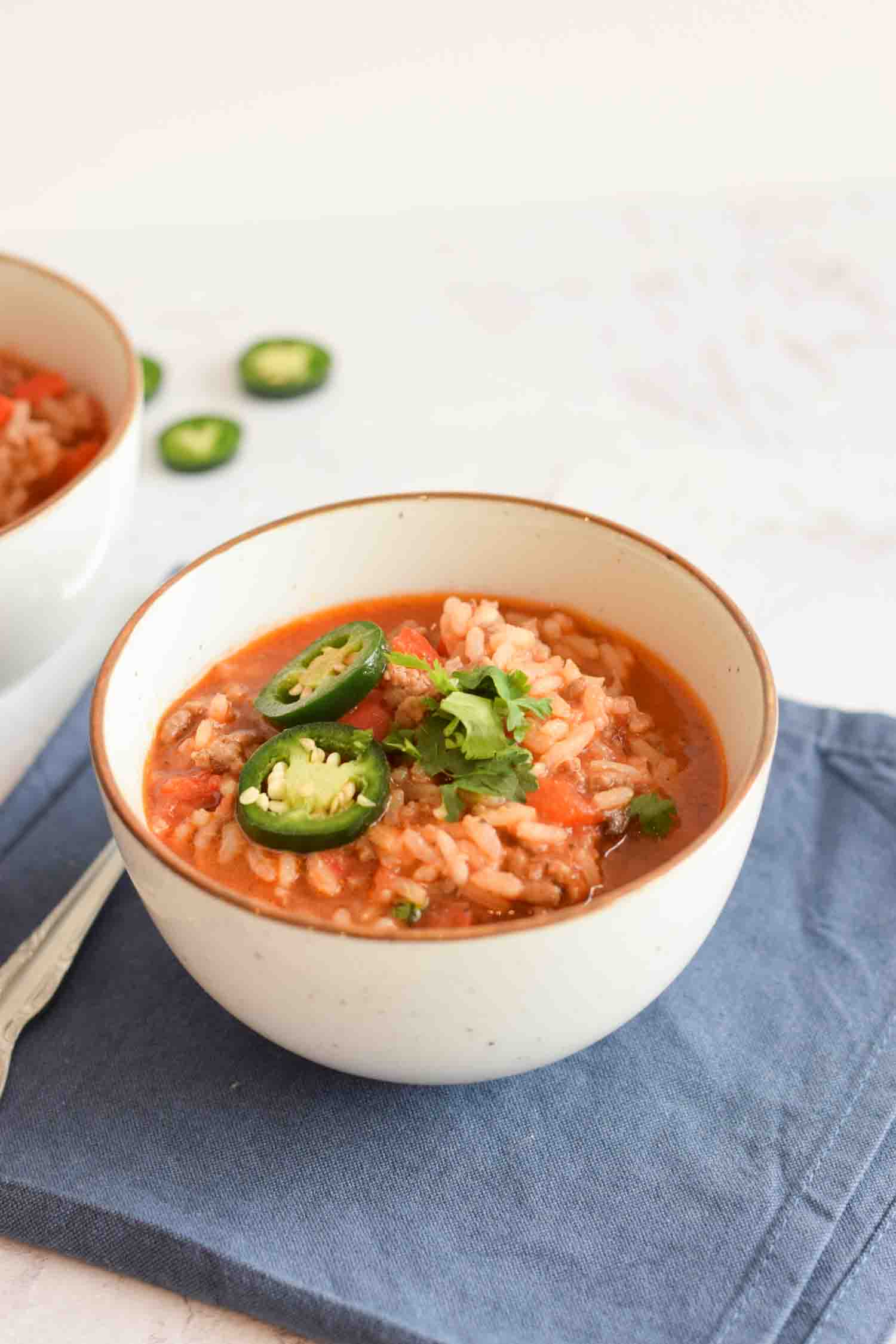